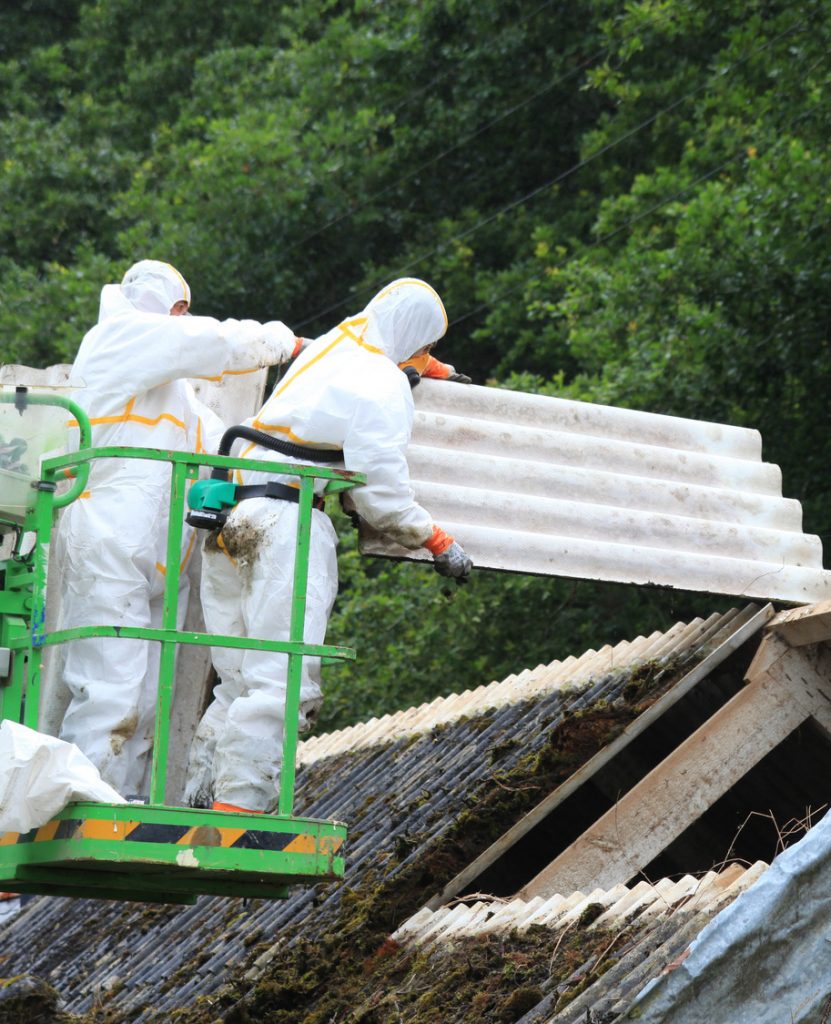 You may well be aware that asbestos is a dangerous and potentially fatal material. For anyone working in trades that could come into contact with it, asbestos presents a very real health risk, and it is a legal requirement that a suitable level of training is provided to minimise the danger. The first rule of dealing with asbestos is that as soon as it is suspected as present, all work stops until it is either identified and removed or cleared as being safe. Awareness training is a requirement for a number of trades, such as IT installers, demolition workers, joiners and plasterers.

Asbestos was used extensively in building construction for many years during the 20th century and, as a result, domestic, commercial and public buildings built before 2000 may well contain a variety of Asbestos Containing Materials (ACMs) which can potentially release fibres into the local atmosphere. These fibres are known to be carcinogenic and they are totally undetectable without taking an air sample. Once released, the fibres will lodge in the lungs, and over time persistently damage the lining and potentially cause a range of pulmonary diseases resulting in long-term illness and, in many cases, death. Asbestosis is one such disease you may be familiar with, and it causes long-term shortness of breath. Most concerning, though, is the rising number of cases of mesothelioma, which is a form of cancer that almost exclusively develops as a result of exposure to asbestos and is usually fatal, with 12–18 months from diagnosis.

The legislation that covers asbestos is known as CAR 2012. This is the Control of Asbestos Regulations 2012 and it is very clear on what should happen if asbestos is present in a building. Essentially, once discovered, there are two choices: removal, or ongoing management. As the asbestos fibres are not released unless the materials are disturbed, if the ACMs are undamaged and likely to remain safe then removal is not needed. Instead, a duty to manage is expected, and details of the materials should recorded and checked regularly. If the materials are damaged, or are certain kinds of ACM such as loose fill asbestos insulations or damaged pipe lagging, removal is usually the only option.

So, what happens when asbestos is in-situ and the workers in a building are not considered to be likely to interact with or damage it? Well, here is where duty to manage comes into play. The responsible person—usually the owner or nominated manager of the facility—should record the condition and location of the ACMs. A regular check should then be put in place, and in any circumstances where contamination is possible the area should be isolated and the materials removed or made safe.

Unfortunately, the results of asbestos exposure are often not seen until much later in life, and many people in the population may already have been exposed in a variety of circumstances. Many schools in the UK contain ACMs to some extent, and there have been a number of deaths amongst the teaching professions attributed to exposure.

One recent and tragic example of the pernicious nature of ACMs is the recent case of warehouse worker Anthony Jones. Mr Jones was just 57 years old when he passed away from mesothelioma. The inquest into his death discovered that he had a level of asbestos fibres in his lungs consistent with industrial exposure to the material. A suggested source of the contamination was an asbestos roof in the building Mr Jones worked in between 1972 and 1985. A former worker confirmed that there was an issue with birds getting into the building and pecking at an asbestos roof and some pipes, which were also possibly lagged with an ACM. The cumulative effect of years of inhalation of small amounts of asbestos potentially resulted in a build-up of the fibres until the contamination reached a level consistent with work exposure.

While the tragedy of Mr Jones’ cancer certainly represents a more unusual set of circumstances relating to a death from asbestos exposure, it also highlights the need for the CAR 2012 regulations. Under the duty of care required, the asbestos in the roof of the building would have been managed, monitored and the slow release of asbestos that killed Mr Jones would likely have been stopped before it caused a serious injury.

At the moment, deaths from asbestos exposure are still rising, but with controls and more awareness of the danger we can expect to see the numbers start to decline.