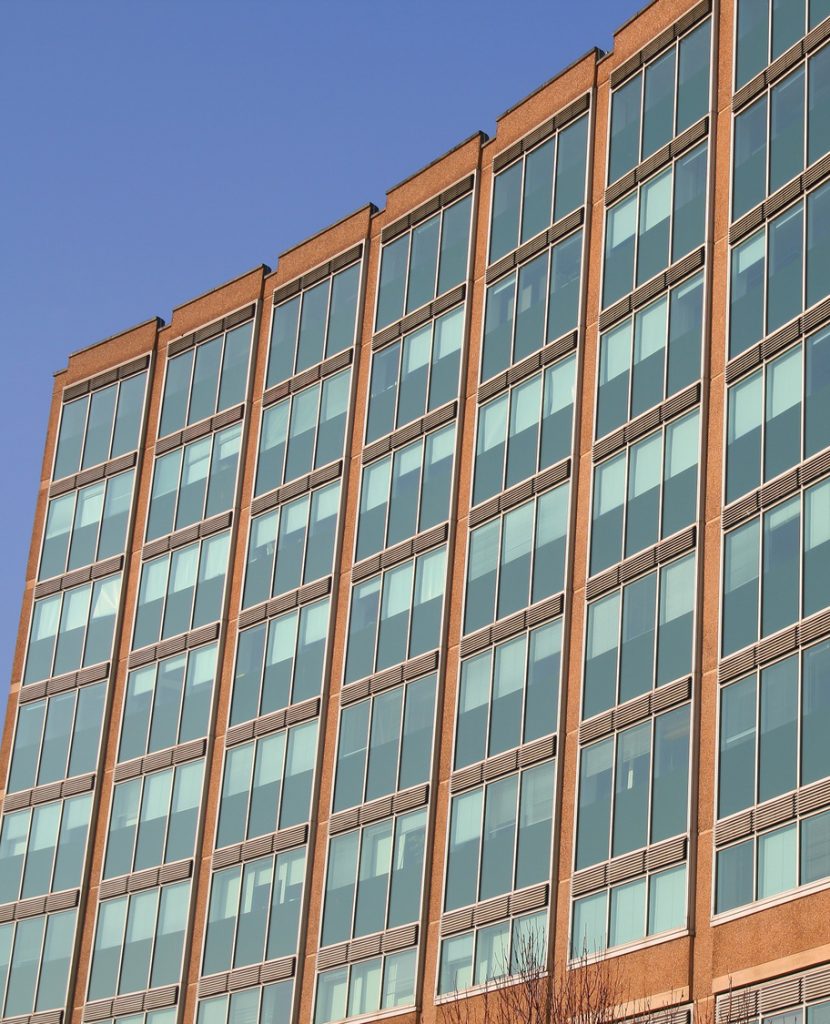 The chances are you have seen or been in a CLASP building. They are easily recognised because they have that distinctive ‘60s pre-fab look you often see in schools and similar buildings. CLASP construction was fast, easy, cheap, and provided what seemed to be suitable accommodation for classrooms.

Unfortunately, they were usually constructed from Asbestos Containing Materials (ACMs), and could have—and could still be—a potential health hazard.

CLASP (Consortium of Local Authorities Special Programme) ran from the 1950s until the ‘80s. During this period, many local authorities were struggling for adequate space in schools to accommodate the increasing population, and the CLASP design, which featured a light steel frame and pre-fabricated sections, offered a low-cost and effective solution. As a result, it was adopted to produce thousands of buildings, many of which remain in use today.

Undoubtedly, CLASP resolved a problem, but it created a bigger one in the process. The materials used in construction at the time often incorporated asbestos as a constituent part. The design of CLASP structures often utilised one ACM in particular, asbestos insulating board, as lining for steel columns and other purposes. As the buildings age, the board can become exposed where the sections of columns join. These boards have a relatively high friability (a measure of how easy they crumble) and are easily damaged. Once broken, ACMs will release asbestos fibres, which are undetectable without specialist sampling of the air, and potentially deadly in the long-term. These fibres are very light and will stay in the air for extended periods, resulting in multiple exposures from one contamination.

While many building from this period contained ACMs, the CLASPs were also constructed pre-1985 when the ban on Blue and Brown Asbestos was introduced. These varieties of the mineral release amphibole fibres, which are considered more dangerous than the more common white asbestos due to their jagged, needle-like nature. Regardless of the kind of asbestos, once released, the fibres have the potential to lodge in the lining of the lungs, where they remain and potentially cause a range of diseases such as asbestosis, caused by a scarring of the lungs, and mesothelioma, a rare cancer that is commonly fatal with a year of diagnosis. It is difficult to assess the true impact of contamination from asbestos because the related illnesses have an extended latency period, which means people infected while using CLASP buildings may not even be showing symptoms yet.

Asbestos is perfectly safe as long as it is contained and the deadly fibres are not released into the air. However, the CLASP buildings were constructed in a period when the use of asbestos was not considered a health issue. Not only that, but the rapid constriction and modular system meant that the tops of columns were not always sealed and asbestos cut offs were sometimes left in wall voids. This means that areas such as ceiling and wall voids could well be contaminated with asbestos fibres.

Roughly 3000 CLASP buildings are still in use today, and extra care should be taken to prevent accidental exposure to asbestos. The best defence against accidental exposure is awareness of what is and is not safe procedure for ACMs. It should probably be assumed that any CLASP buildings contains asbestos, so the safest option is to ensure that all staff members take basic Asbestos Awareness training. Recognition of a potential contamination is key to avoiding a range of health issues that could appear later in life.