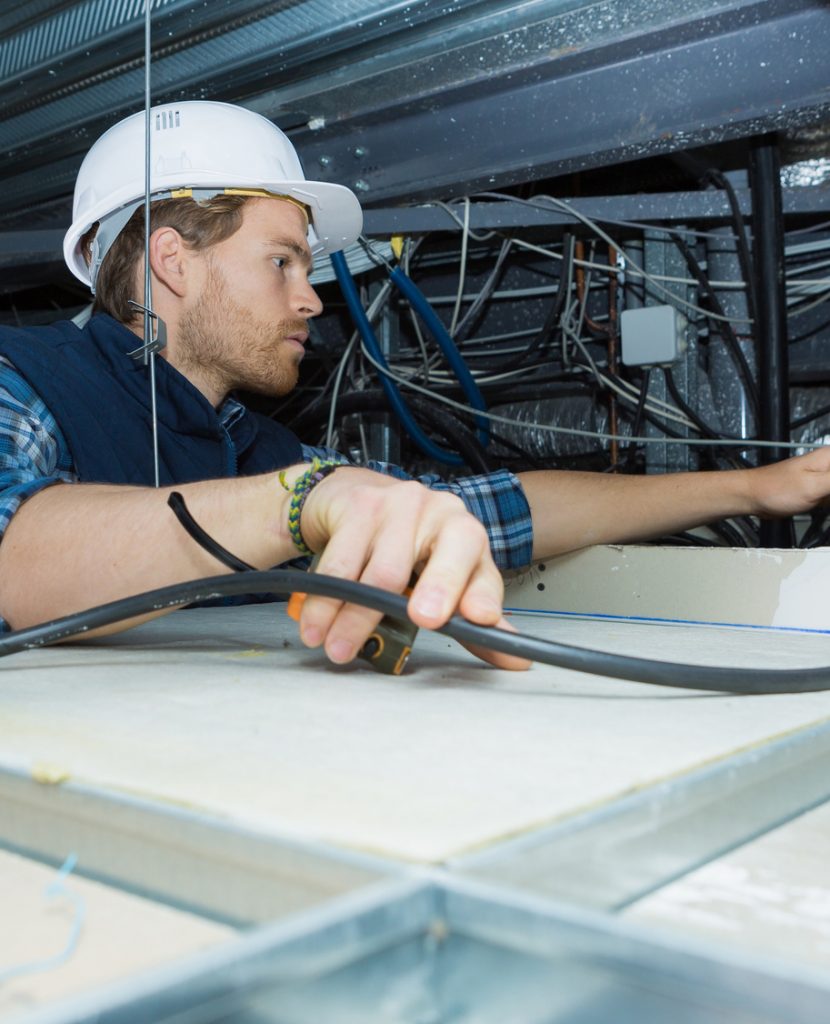 On the HSE website you will find a list of jobs where workers are considered to be at risk of encountering asbestos in the workplace. Asbestos is a dangerous and potentially fatal toxin, so the importance of awareness cannot be underestimated. While the list is wide-ranging, it very clearly establishes a number of trades that need to be aware of the danger of asbestos contamination, and fire and burglar alarm installation is one of these.

Asbestos is a mineral that can be incorporated into a surprisingly wide range of materials and it has some very desirable properties. It has been used for thousands of years, but it really became popular in the UK during The Industrial Revolution. As well as being relatively cheap, asbestos is flexible and heat resistant, and it seemed perfect for items such as gaskets and braking mechanisms. However, by the early 20th century research was beginning to emerge showing that working with asbestos caused serious pulmonary issues. This would have come as no surprise to the Romans, who had already documented that slaves who worked in asbestos mining and refining would often die early from lung disease.

Despite the historical and contemporary warnings, asbestos was considered safe enough that the construction industry utilised the resilience, heat resistant and flexible qualities in a wide range of materials until it was eventually banned in 1999. As a result of this, any building constructed or renovated before 2000 could play host to a number of Asbestos Containing Materials (ACMs), and this is a potential problem for installers.

In the process of laying cable, passing lines, and the general drilling and hammering of installation work, there is the potential for releasing asbestos dust, which contains dangerous fibres. These fibres are invisible, tasteless and light enough to stay in the air where they are easily inhaled. Once in the pulmonary system, they can lodge in the lungs and cause dangerous and often fatal health issues.

The legislation covering asbestos is quite strict, and the penalties imposed for not following safe practice are very high indeed. In recent years, for example, Brittania Hotels were fined for failure to meet their obligations to manage asbestos when workers and guests were potentially put at risk during refurbishments, and General Motors UK pleaded guilty to a breach of the Health and Safety at Work Act after they failed to provide adequate information on the location of known ACMs during some pipe-laying work. The fines handed down by the court were £ 160,000 and £ 120,000 respectively.

As you can see from the size of the fines, compliance is important for the employer. It is even more important to the employee because Mesothelioma, a rare form of cancer linked to asbestos exposure, is difficult to detect and will almost certainly kill once it develops.

Part 10 of the legislation requires that anyone who is likely to:

…disturb asbestos during their work, or who supervises such employees, receives the correct level of information, instruction and training to enable them to carry out their work safely and competently and without risk to themselves or others.

For most tradespeople this will mean awareness training as a minimum, because this is designed to make the employee aware of the materials that will potentially contain asbestos and what to do should there be an accidental release. It will also cover the basic risk assessment and other paperwork that should be available onsite.

If they are not disturbed or broken and in good condition, then the ACMs are not likely to present a danger. Unfortunately, installers of fire and security equipment are very likely to encounter these ACMs when running cables and installing equipment, and that is where the risk needs controlling. If you are installing, then you need to be trained, and that is regardless of whether you are employed or self-employed. If you are not trained in awareness of the procedures and dangers on site, then not only are you not meeting the legislative requirement, you are potentially risking your own life and the lives of others.