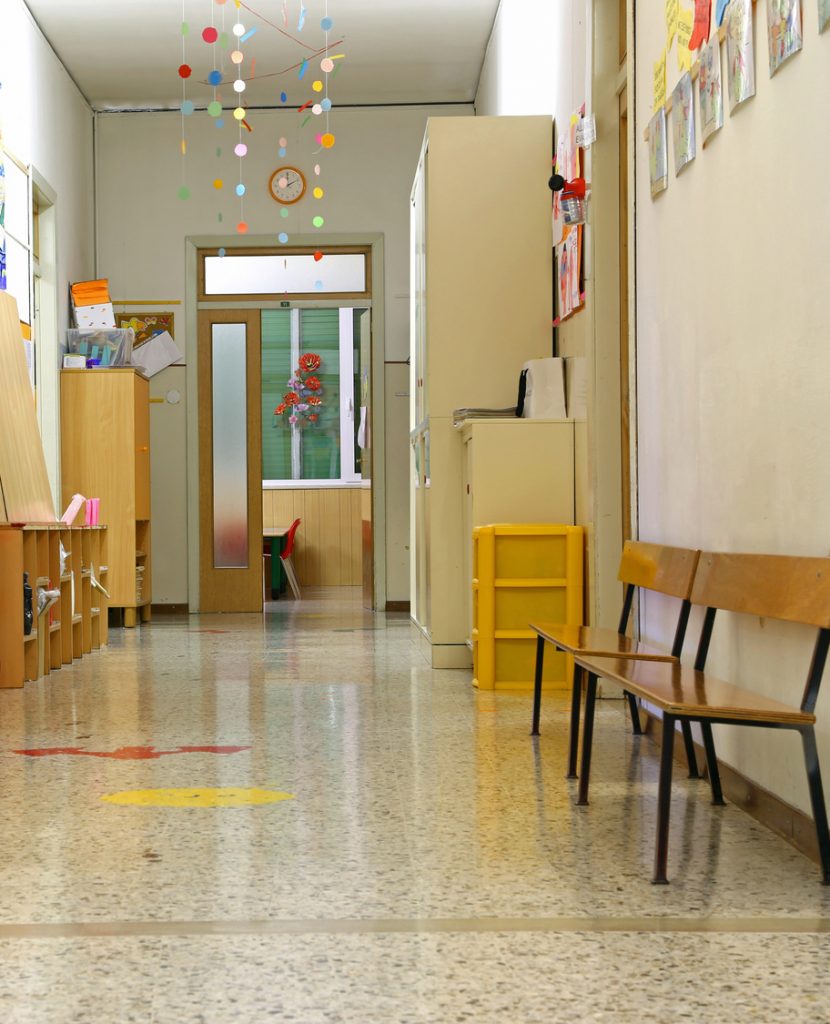 In the decades following the Second World War and up to the turn of the century, hundreds of thousands of new homes, hospitals, commercial buildings and schools were constructed to accommodate the increasing population. Most of these building utilised asbestos to some degree in their construction. This means that for parents, children and teachers, the rather dramatic-sounding bottom line is that a Class 1 carcinogen was routinely built into the infrastructure of the buildings they work and play in for a large part of their day. It sounds like the plot of a conspiracy novel, but despite there being some pretty clear evidence of the dangers that asbestos could present to the long-term health of anyone exposed to it, we went ahead and seemingly used it wherever and whenever it would fit.

Asbestos is frighteningly dangerous. It produces tiny fibres that will lodge in the lining of the lungs, where it causes scarring and interferes with their natural function. Over decades, the asbestos continues to cause non-symptomatic problems until it finally manifests as a range of chronic and often fatal disease. In recent years, it has come to light that as many as an average of 14 teachers a year are dying from Mesothelioma, a rare cancer linked almost exclusively to asbestos exposure, and there is a fear that for children the danger may be considerably worse. Because of the extended latency period following exposure, children are particularly prone to developing an issue in later life. There is more time for the asbestos to cause a problem in their lungs, and diseases will present, and potentially kill, relatively early in life compared to adult exposure. Some sources suggest that there could be as many as 9 pupils die for each teacher that succumbs to an asbestos-related death.

We are now faced with a problem of national proportions, and not just in schools but also in many public buildings and private properties. Asbestos was finally banned in 1999, but any building built up until that point would likely have been constructed with a range of materials, from ceiling tiles to floor tiles, pipe lagging to teaching equipment, that could potentially contain a poison. The resolution to this issue, then, would seem to be as simple as the removal of the asbestos. As always seems to be the case, though, the actual picture is slightly more complex than it seems at first glance.

Firstly, it is important to put this into perspective and base any fears on the actuality rather than the tabloid headlines. While it is true that asbestos-related illness is now the largest cause of work-related deaths in the UK, at over 4000 a year, the majority of these are not teachers or other school staff.

Secondly—and this is one reason why the situation is not quite as simple as just removing the asbestos—the danger only occurs if the asbestos is disturbed and the deadly fibres are released. If it is left undisturbed and is in good condition, then it likely presents no danger. In most cases, therefore, the advice is that the best policy is to identify the potential source and carefully monitor its condition rather than risk removing it and potentially releasing the poisonous dust. However, this view is contested by some spokespeople, and the National Union of Teachers feels there is no evidence to support the contention that asbestos is safer managed than removed.

Finally, there is the scale of the issue to contend with. It is estimated that somewhere between 75 per cent and 86 per cent of schools will have Asbestos Containing Materials somewhere in the construction. That is potentially just under 30,000 schools that would need clearing, which is a huge task.

In the end, the danger is more likely to be reduced in the short-term by effective control rather than a wholescale removal programme, and this is what is required under the Control of Asbestos Regulations 2012 (CAR 2012) which demands a duty to manage as standard. In every school that has, or is suspected of having, Asbestos Containing Materials there should be clear paperwork and Asbestos Awareness training for the appropriate staff as a minimum.

That said, asbestos is present in a variety of forms, and there is some concern that incomplete records and inaccurate recording could mean some schools have an unknown potential danger despite being checked. Training in awareness will mean safer staff and reduced chances of exposure. In conjunction with careful monitoring of the potential danger, awareness can help reduce the possibility of exposure to manageable levels.

For more information, TUC and the NUT provide good overviews of the regulation and procedures: