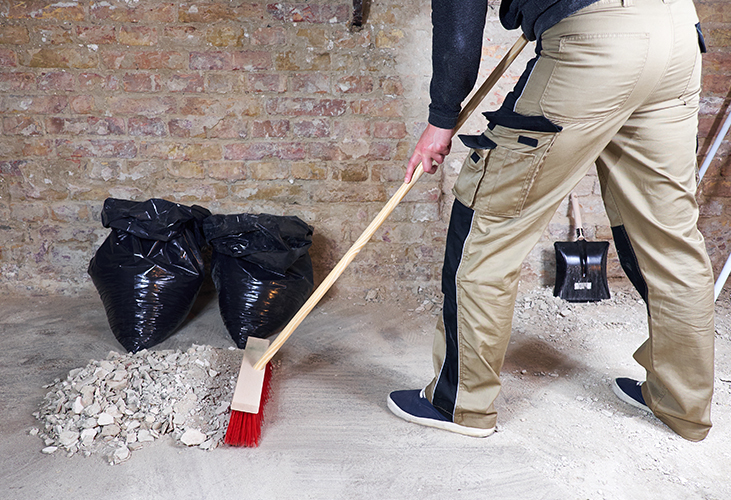 There are some rules in life that it just makes no sense to ignore. We leave the building if a fire alarm sounds, we take medication as the label tells us to, we stop at red traffic lights and so on. We all have a long list of rules that we follow because they keep us safe. It makes no sense to ignore something that is there to stop you being harmed.

So, it makes no sense not to have a basic awareness of the potential for asbestos contamination if you work in any of the trades that may encounter it in the course of your work. To put it bluntly, you need an awareness of asbestos for the very simple reason that it could save your life.

Asbestos is a killer, and not only will it harm you but it can wait decades before the damage shows.

Exposure to asbestos will commonly result in a range of illnesses from a thickening of the wall of your lungs, which will restrict your breathing, through to mesothelioma, a cancer of the lungs and digestive tract, which will frequently result in death for the sufferer within a year of diagnosis. Asbestos kills and it waits, quietly doing harm, until it’s too late to do anything about it.

Asbestos-related disease is a real problem that affects thousands of people every year. Despite being totally banned in the UK from 1999, there are materials containing asbestos still in use in a range of buildings, from garages to hospitals and even schools, today.

Just to give you some perspective, the use of asbestos was commonplace from the Industrial Revolution onwards, and during the latter part of the 20th century it was used so extensively that at one point there were around 3000 products containing it on the market. It seems astounding in retrospect, but thousands of products containing something that is a Category 1 carcinogen by European standards (which means that it is known to cause cancer in human beings) were in common use.

What this comes down to is that any building built or renovated before 1999 could contain materials that can release tiny fibres that will lodge in the lining of your lungs. These will then potentially cause scarring, restrict the natural cleaning action of the lungs and are likely to eventually result in a serious or fatal respiratory condition.

The good news in all this is that avoiding this problem is, on the surface at least, incredibly simple because asbestos is only dangerous if you inhale the tiny fibres that are released when it is disturbed. So, as long as you don’t drill, break, move or otherwise bother it then there will not be a problem.

There is an issue with this solution, though, because following is a list of the professions that the Health and Safety Executive give as examples of tradespeople who may encounter asbestos. 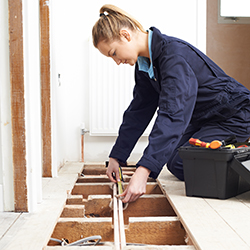 That’s quite a long list of trades that generally involve a fair bit of knocking through, drilling, and similar ‘disturbing’ activities on a daily basis. This is one of the reasons that cases of asbestos-related disease continue to rise.

Prevention is probably the only practical solution to the danger, and prevention is about awareness. For all trades, this means Asbestos Awareness training as a minimum and a regular refresher course preferably taken on an annual basis.

So, if you work in any of these trades or any associated areas, or you intend on embarking on a bit of extended DIY on an older property, take the time to take the training and don’t let asbestos play its waiting game.